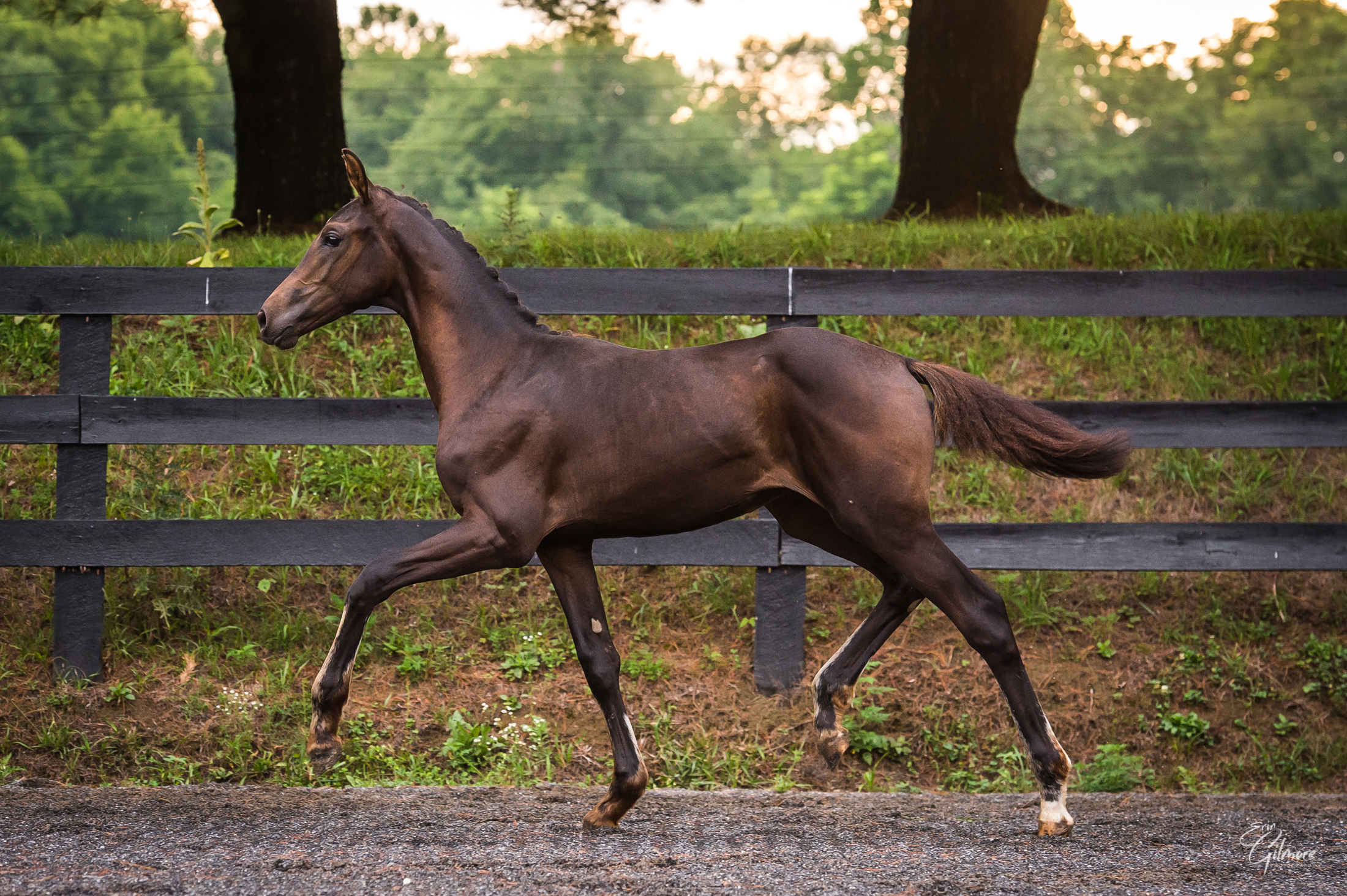 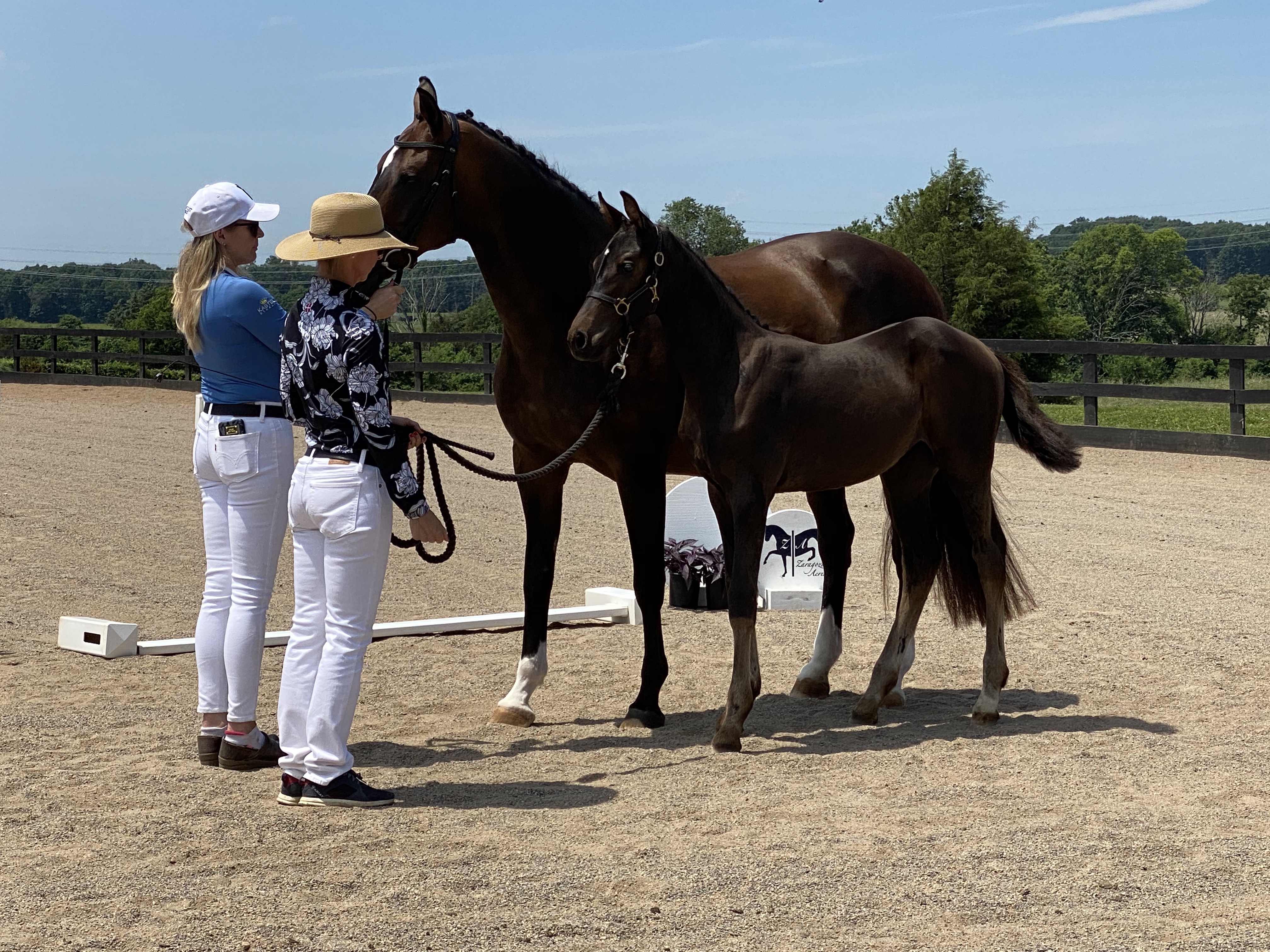 At the beginning of 2020 Sezuan received the highest award that the Danish Federation has to offer: Stallion of the Year. In addition, the triple dressage horse world champion was also named Elite Stallion. His Grand Prix debut is planned for this year. He will be presented by the Swedish world class rider Patrik Kittel.

Since his licensing in 2012 in Herning/DEN, Sezuan has been in the fast lane. So he completed his stallion performance test in Denmark with a record score never reached before: He actually was given the highest possible score of 10.0 ten times. In 2013 he became Danish Champion Stallion and Dressage Horse Champion (4yo.). In 2014, 2015 and 2016 Sezuan under Dorothee Schneider was the first stallion ever to win the World Championships for young dressage horses three times in a row. For his basic gaits, rideability and perspective he received many dream marks up to 10.0, followed by victories in the international small tour with over 80 percent.

Sezuan presented three medal winners at the World Championships for Young Dressage Horses 2019 in Ermelo/NED: in the class for five-year olds, the second Secret and the third Queensparks Wendy and in the class for four-year olds, the winner So Unique. Secret and So Unique also belong to Sezuan’s now 30 licensed sons, whereby Secret was also Vice Bundeschampion and So Unique Hanoverian auction price peak, winner of the stallion performance test, Bundeschampion and Weltmeyer-Prize winner. And then there is the two-time stallion performance test winner Sezuan’s Donnerhall, the Oldenburg premium stallion Sam bred by Gestüt Peterhof, the second most expensive stallion in Munich-Riem and Bundeschampionat qualifier with a knock-down price of 250,000 Euros, Harmony’s Spotify, the Oldenburg Reserve Champion So Perfect and the DSP premium stallion and stallion market price peak Shu Fu.

Numerous premium mares have been registered, such as the Westphalian end ring mare Victoria Secret, the Oldenburg premium mares High Hope and Sizzy as well as the Danish premium mares Gozzip and Maskedals Beat It.

Sezuan’s foals set completely new standards worldwide. Among others, the Danish Champion Colt Strandagergards Sirocco, who was auctioned off for the price record of 74,000 Euros, and the Danish Foal Champion Schwarze Schwalbe Macohl. Numerous other show winners, such as Froulina BG and Scherbring’s Champ as well as top auction winners are listed.
Sezuan’s sire is the Danish elite stallion, “Stallion of the Year”, Danish Champion, World Cup Final Fourth and European Championship Seventh Blue Hors Zack/Daniel Bachmann Andersen/DEN. This stallion combines the most valuable bloodlines, through Rousseau, Jazz and Belisar, and was the Champion Stallion in both the Netherlands and Denmark. 39 of his sons have been licensed, including the Champion Stallions Blue Hors Zee Me Blue and Zorba Højris as well as the Oldenburg main premium winner Zackerey. Out of his 40 awarded daughters the Champion Mare Lillevangs Pari-Diva stands out. His successful offspring include the European Championship team silver winner Glock’s Zonik N.O.P./Edward Gal/NED, Blue Hors Zepter and Blue Hors Zee Me Blue/both Daniel Bachmann Andersen and Blue Hors Zatchmo/Agnete Kirk Thinggaard/DEN.

Sezuan’s dam is the gold medal mare and “mare of the year”, Bøgegårdens Don Romina. She also produced the Sezuan full sisters and SLP winners Straight Horse Ascenzione and Straight Horse Sezuanna. The former placed fifth and eighth at the World Championships for young dressage horses and won silver at the Danish Championships, the latter advanced to become Danish Filly Queen. In addition, the Sezuan dam, Bøgegårdens Don Romina, is also the dam of Straight Horse Don Tamino (by Totilas), which was finalist at the World Championhip for young dressage horses and is successful up to Intermediate I, and the foal price peak Straight Horse Zarina (by Blue Hors Zalabaster).

The dam’s sire, Blue Hors Don Schufro, a son of Donnerhall, who continues to stamp the dressage sport, won team bronze with the Danish team at the Olympic Games in Hong Kong/HKG under Andreas Helgstrand/DEN.

Sezuan …. he might not be able tread on water, but almost!

Cosette received a Premium Award at her GOV Foal Inspection in June 2020.  She was praised for her modern type, beautiful head, expression and outstanding gaits.  Born to be a Dressage star, we just can’t wait to see our “Cozy” continue to develop and sparkle in the show ring!