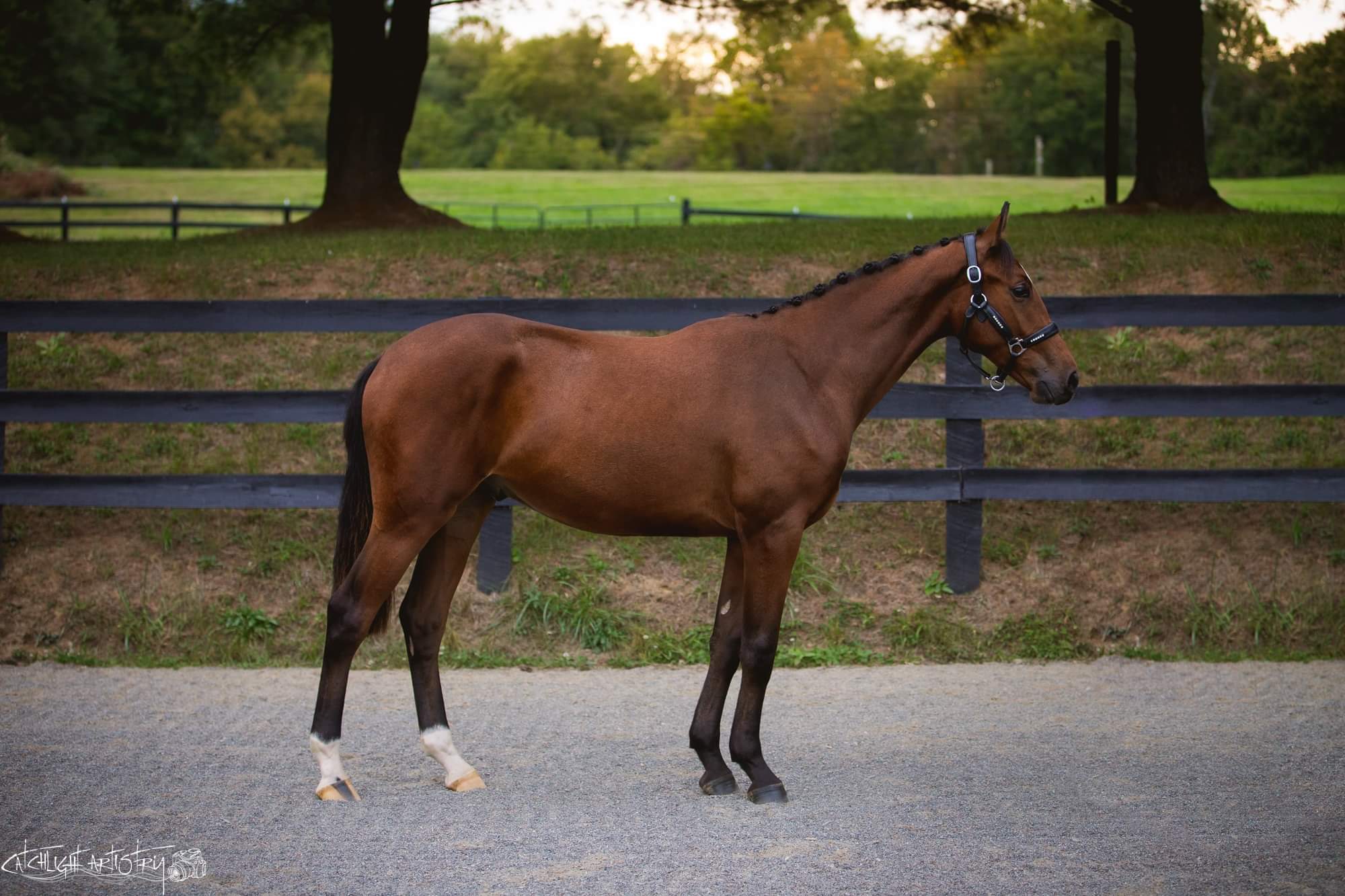 **UPDATE** Beau Coeur is sold to Grand Prix Rider Torrey Wilkinson of Pennsylvania.  We are thrilled with this match and look forward to following their partnership and show career together!!!

BENICIO has been a consistent stallion under saddle. In his 30-day test in Schlieckau: a total of ten times he received the maximum score of 10.0. The weighted final score of 9.14 meant the clear victory. The dressage final score added up to a previously never reached 9.88. With an 8.43 could also be seen the jumping final note. The resulting calculated HLP breeding value dressage is brilliant 167.
3o Day Performance Test 2011 Schlieckau: Dressage 9.88 , Jumping 8.43, Overall 9.14 – First Place out of 40 stallions. In sport he is known by the name CALLAHO’S BENICIO. He has had a series victories up to Grand Prix level. Among other things, he finished second in a qualification for the Nuremberg Burgpokal 2014.
BENICIO is proving to be a strong sire. With a breeding value of young horse tests dressage of 164, he is one of the front runners in FN breeding value estimation, which even led the year before. His foals are highly sought after. He now has numerous sons ranked highly in the various Associations’ stallion Licensing’s. In addition, many daughters have been awarded the state premium. His descendants are first and foremost highly successful in equestrian and dressage horse competitions and convince with their rideability, motivation and quality of movement.

BENICIO’s father Belissimo M is considered one of the most proven dressage sires in Germany. He has so far produced numerous successful horses in this discipline up to the heavy class, but also more than 40 licensed sons and more than 80 state premium mares. He himself completed an excellent athletic career, in which he was Bundeschampion among others and later went to World Cup tournaments at the start.
The mother, St.Pr.St. Valencia, who was herself in riding horse tests and produced the licensed Sunciro by Sunlight xx, as well as two in dressage horse tests successful full siblings to BENICIO. Her father is the Hanoverian Velten Third.

This very special boy is from our Elite GOV mare “C’est La Vie” that has produced multiple Premium GOV foals, the oldest of which is winning in recognized Dressage competitions at 4 years old!  The mother of this colt was herself a super athlete and jumper with a very successful Eventing career through Training level with an Adult Amateur.  The maternal grandmother of this colt is none other than GOV Elite L’Amour (Liberty M/Waidglanz) who can be found on the Horses page.  L’Amour has the best work ethic, is super fun to ride and competed successfully through Grand Prix Dressage to include many wins and Regional Championships throughout her long career. 2016 “C’est Si Bon” is a half sister by Skovens Rafael exhibiting both the wonderful temperament, uphill correct confirmation and movement of a top sport horse.  She has won all of her Recognized shows with scores up to 76% as well as high score of the show awards!  Most recent half sister “Cosette”, 2020 GOV filly by Triple World Champion Sezuan received the Premium award at her GOV Inspection exhibiting breathtaking movement, expression and uber modern type.  Both of these special girls are being retained for our breeding program and dressage sport.